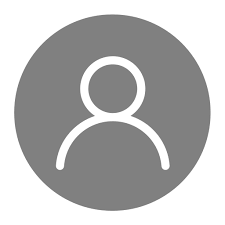 Upon hearing the term ‘digital signature’ or ‘electronic signature,’ it is easy to assume that it is a recent addition to the list of sudden technological leaps. However, the COVID-19 pandemic has only emphasized the significance of it. The idea of a digital signature has been around for quite a long time. The notion of electronic signatures was first suggested in 1976 by American cryptologists Whitfield Diffie and Martin Hellman. Their research paper 'New Directions in Cryptography' presented concepts like public-key cryptography and digital signatures. 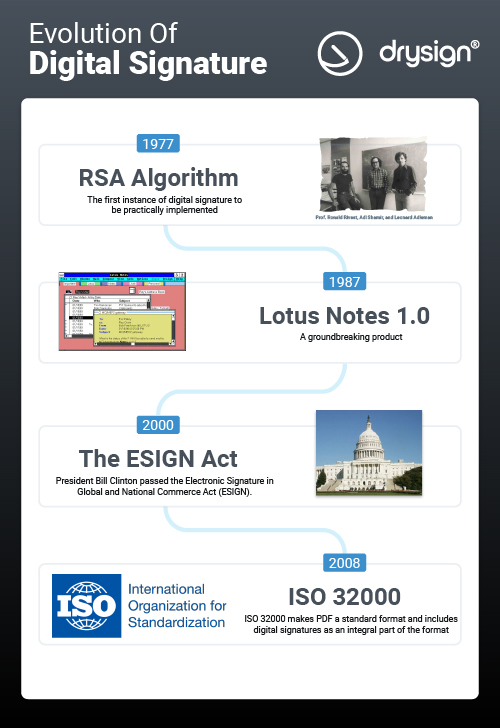 RSA Algorithm: The first instance of digital signature to be practically implemented

In 1977, Professor Ronald Rivest, Adi Shamir – an Israeli cryptographer, and Leonard Adleman – an American Computer scientist, came up with a cryptosystem called the RSA algorithm (Rivest - Shamir – Adleman algorithm). This algorithm used prime numbers, modulo operations, digital signatures, and much more to transmit data securely. This was the first rudimentary instance of a real-life digital signature being attached to an electronic message. Although this was relatively slow, Leonard Adleman received the Turing Award in 2002 for this algorithm.

Right after RSA, many companies started building solutions based on the algorithm to make digital signatures easily available. The first widely marketed software package which included a digital signature was the Lotus Notes 1.0. Back in 1987, Lotus bought the rights to notes, and the first release was shipped. Sheldon Laube, the CIO of Price Waterhouse, was instantly sold at the notion of such a radical solution. So much so that he bought 10,000 copies. This was considered as the biggest sale of a single software product. In 1995, IBM purchased Lotus to acquire the Notes technology.

By 1999, digital signatures were floating around and were embedded in PDF documents. In 2000, President Bill Clinton passed the Electronic Signature in Global and National Commerce Act (ESIGN). With this act, the government established that digital signatures would carry the same legal value as a traditional signature. Thanks to this legislation, products like DrySign stand as a secure and legitimate channel for digitally signing documents.

In 2008, ISO 32000 makes PDF a standard format and includes digital signatures as an integral part of the format. Ever since it has been the primary tool to get documents signed over the internet.

Today, digital signatures have established firm roots in almost every sector. Hiring in this lockdown has been more comfortable and convenient, thanks to digital signatures. Many people working from home have been using a digital signature to simplify the process of exchanging signed documents. Considering the tight security measures provided by digital signature solutions like DrySign, this major paradigm shift has become permanent. Litigation and finance firms processing countless signed documents have experienced an exponential rise in productivity with such radical solutions. Looking back at the booming era when such a digital solution was created and what it has evolved into, the future of document signing and processing appears to be promising.